* Costa Rican President Arias to Mediate Dialogue on "Restoring Constitutional Order" in Honduras
* Zelaya Agrees to Dialogue to "Plan the Withdrawal of the Coup"
* Obama: "America supports now the restoration of the democratically-elected president"
* More Massive Demonstrations in Honduras for Return of President
* Some U.S. Aid "Paused", But No Numbers or Decision on Suspension Yet

In a press conference following the closed meeting between President Zelaya of Honduras and U.S. Secretary of State Hillary Clinton, Clinton announced an agreement to have Costa Rican President Oscar Arias mediate bet 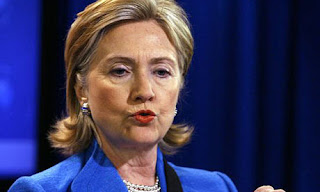 ween the coup leaders and the government of elected president Manuel Zelaya.

Clinton affirmed the U.S. commitment to a "return to democratic constitutional order" in Honduras. She did not give details of the talks, saying the parties will determine the conditions and the issues.

When asked if the restoration of order meant the return to power of President Zelaya, she refused to confirm that position. "Now that we have a mediation process that we hope can begin shortly, I don’t want to prejudge what the parties themselves will agree to." State Department spokesperson Ian Kelly later dodged the question in the same way.

Zelaya and Clinton did not appear together to make the announcement. Several hours later, Zelaya gave a press conference in which he confirmed that he will be entering int 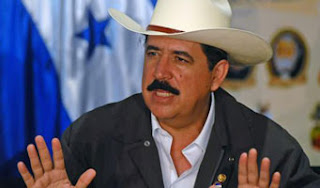 o the dialogue in Costa Rica "to plan the withdrawal of the coup." He noted that among the non-negotiable points are his return to the country and the people's rights to demonstrate and express themselves.

"We are not holding a negotiation. There are things that are non-negotiable—the restitution of constitutional order in Honduras. This is not negotiable anywhere, not in the position of the OAS, or the United Nations or the U.S. government." He stated that to negotiate on this point would be a betrayal of the Honduran people.

Clinton stated that the talks would be held in Costa Rica, not in Honduras. In the highly charged field of coup semantics, Clinton was meticulous in referring to "the de facto regime" and not using the word "government," which has become common in the mainstream press lately. On the other hand, by calling for restoration of the constitutional order rather than the return of President Zelaya, she fueled doubts about the U.S. commitment to bringing Zelaya, who has opposed the free-trade economic model in recent years, back to power.

While some analysts, including this one, viewed the statements as a possible wavering on the return of President Zelaya to power, Zelaya himself noted that both President Obama and Clinton have supported his return.

He stated emphatically, "We have no reason to doubt this position."

Zelaya cited Obama's statement today in Russia, noting "I am grateful for the words of the president of the United States."

"America supports now the restoration of the democratically-elected president of Honduras, even though he has strongly opposed American policies... We do so not because we agree with him. We do so because we respect the universal principle that people should choose their own leaders, whether they are leaders we agree with or not."

Aid, Ambassador and Airplanes Still Up in the Air

On the critical issue of U.S. aid, Clinton stated, "We have paused in the aid that we think would be affected by the letter of the statute. There is humanitarian aid, and that is a concern for us—the well-being of the people of Honduras. But we’ve made the decision to basically pause on any further aid." The government has still not made the official designation of a military coup in Honduras, which would automatically mean a cut-off of certain types of aid.

Ian Kelly, when pressed, added:
"Basically, what we’re looking at is aid that would directly benefit the de facto regime down there, so obviously, that means military assistance programs. But we’re still – I mean, we’ve taken a policy decision to stop aid that might be subject to this – the statute. And so I think that’s kind of a broad definition. I mean, it’s still a fairly small percentage of our overall aid because most of our aid would not come under this statute. And this would be humanitarian aid, which goes directly to the people – it doesn’t go to the government – and any aid that would be construed as democracy promotion."

Kelly added that the U.S. Trade Representative would have to answer questions on any sanctions or suspensions under the Central American Free Trade Agreement (CAFTA).

In other controversial issues, Clinton noted that the U.S. has not decided to withdraw its ambassador, as other countries have and as many Honduran citizen organizations have demanded. She said that President Zelaya had thanked her for the ambassador's role in assuring the safety of his family during the coup and that the State Department would be analyzing the pros and cons of maintaining Amb. Hugo Llorens in Honduras.

Zelaya announced that the State Department issued an official letter suspending the Honduran ambassador in Washington, Roberto Flores, who supported the coup. Appointment of a new ambassador is pending approval.

Clinton also expressed her view that President Zelaya should not attempt to return to his country in the following days:

"I believe it [the dialogue] is a better route for him to follow at this time than to attempt to return in the face of the implacable opposition of the de facto regime," Clinton told reporters at the State Department."So, instead of another confrontation that might result in a loss of life, let's try the dialogue process and see where that leads, and let the parties determine all the various issues as they should." Zelaya stated that he will return to his country but did not give a timetable.

A new detail appeared when Zelaya described again his attempted return to Honduras on Sunday. H 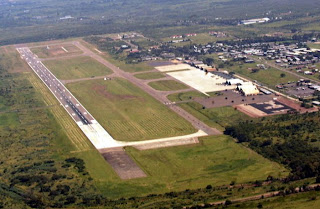 e mentioned that two CASA planes left from the Soto Cano military base to intercept his plane as it approached Tegucigalpa for a planned landing.

Zelaya quickly added that the planes were Honduran planes and that the military base is a Honduran base shared with the United States for anti-narcotics operations under a cooperation pact.

In other developments, Under-Sec. of State Thomas Shannon met today with former Honduran president Roberto Maduro in Washington, a coup supporter. Zelaya dismissed criticism of this meeting, saying, "Maduro is not an official of anything. They have no reason not to receive him." He went on to question the national loyalty of an ex-president who supports a military coup. There are no reports, as of this writing, who the coup leaders, virtually orphaned among the international diplomatic community, were able to meet with. Rumors of the involvement of rightwing former diplomats and conservative non-governmental institutions in the coup have been cropping up repeatedly in recent days, prompting calls for investigation.

Hondurans Step Up Protests for Return of President

Before holding his press conference on the meeting with Clinton, Zelaya called Honduras to speak over loudspeakers to thousands of his supporters protesting in front of the Public Ministry office—an office that worked with his opponents in the congress and courts to run him out of office. His wife, First Lady Xiomara Castro, marched with the group and urged them to continue to demand her husband's return.

President Zelaya called on Hondurans to actively demand restoration of constitutional order in the country. He said demonstrations should be "non-violent, peaceful, but the people have to continue to struggle."

Given the pre-condition of the restoration to power of the elected president, expressed in the UN and OAS resolutions and by President Zelaya, no-one knows what exactly will be on the table for the upcoming negotiations but much will depend on the positions of the coup. Surrounded by international opinion and internal opposition, it may come down to ways to save face and avoid prosecution for treason. The Honduran Supreme Court suggested that Zelaya could be granted amnesty, but maintained that the Congress would have to decide. The coup seemed to be suggesting some kind of symbolic offers as the agreed-on dialogue begins. Via Campesina leader Rafael Alegria told Telesur reporters that "It's the coup that needs amnesty... The president has committed no crimes."

As mobilizations intensify in Honduras, the main pressure on the coup has shifted from the international community to the popular uprising in the streets. With the failure of international diplomacy to convince coup leaders to back down, grassroots organizations have taken the lead in this drama. The demonstrations have shown that the movement against to restore the president has increasing capacity to organize peacefully and to amass large crowds.

Criminalization of the opposition and repression has led to at least three deaths and the arrest of hundreds of pro-Zelaya persons. The curfew remains in place and is likely to be extended, affecting all aspects of Honduran life. Army troops occupy the airport and main streets of the capital city. 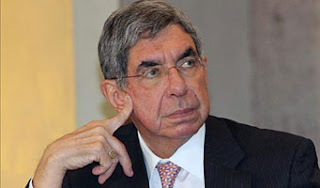 While Hondurans have accepted the dialogue, many expressed concern over a protracted process due to the extreme danger and tension in the country.

Zelaya said he expects to arrive in Costa Rica at around 4:00 p.m. tomorrow, where both Arias and Micheletti have agreed to begin talks.
Posted by Laura Carlsen at 1:34 PM