MexicoBlog Editorial: Fathers, Mothers and Lost Children Travel Together on the Caravan for Peace

The foundation of Mexico is family, the closely bonded, extensive networks of mothers, fathers and children, grandparents, aunts and uncles, cousins, brothers and sisters. That this powerful, primal dynamic is the foundation of the Movement for Peace with Justice and Dignity and the source that sustains its participants became poignantly clear on the Caravan to the South during its eleven-day pilgrimage, from September 9 through 19, through the states of Morelos, Guerrero, Oaxaca, Chiapas, Tabasco, Veracruz and Puebla.

Javier Sicilia is a poet who now speaks with the voice of a prophet, but he called forth this Movement because he is a father, the grieving father of a brutally murdered son. And in leading the Movement for Peace with Justice and Dignity, he has become the father of many of the mothers and fathers, brothers and sisters who have lost family members to the drug war. 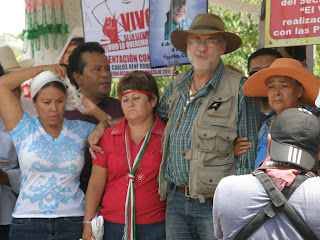 He speaks of and to the victims in warm, fatherly tones. He embraces, he kisses. He moves among those around him with the movements of a padre, a priest, among his spiritual children.
Then, there are the mothers. Women wounded with the emotional daggers that stabbed the heart of the Virgin Mary at the death of her Son. Women who have turned their agony and despair into fierce, strong voices, condemning the government for its destructive policy and actions and calling others who share their wounds to rise from their pain and depression to join the Movement. 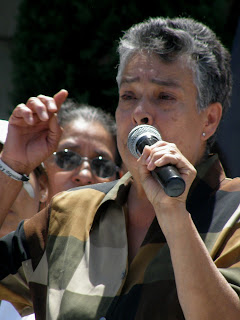 Some came with the Caravan from their cities to the north and west. Others joined the Caravan as it came to their southern states. Some spoke softly; others screamed; all cried. 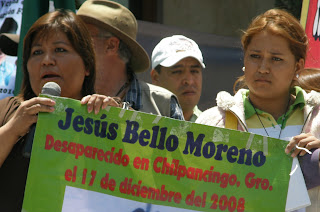 And their voices went straight to the hearts of the listening crowds. 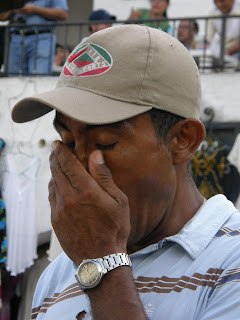 And there are others: fathers, brothers, novias (girlfriends).


And around all of them, around all who traveled with them on the Caravan, all who joined the marches and rallies along the way, moving everyone on, were the hovering spirits of the lost children. 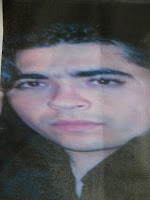 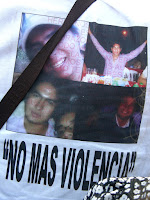 Posted by Reed Brundage at 5:28 PM