There Could be an Upside to Tillerson Dropping Democracy, Justice and Human Rights From State Department Mission

The Washington Post reports today that it obtained a draft of the new mission, purpose and ambition statements for the State Department, under orders to review its definitions from Secretary of State Rex Tillerson. According to the daily, the drafts read:

That's a pretty big change from the past, where key American values included goals for building the kind of world the United States would be inserted in. Peace, justice, democracy and human rights figured in specific references. 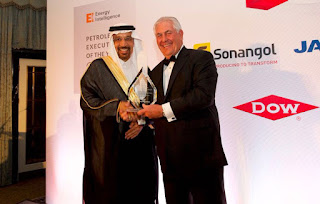 There's a good and a bad side to these changes. First, obviously, is the bad side. The exclusive focus on U.S. interests of security and prosperity means that the concepts of mutual respect and self-determination, as well as the above values, have formally been dumped.

It can be argued that the Obama administration set these aside shortly after proclaiming them to be the pillars of his foreign policy at the Trinidad Summit in 2009. From there he and then Secretary of State Hillary Clinton orchestrated the permanence of the coup in Honduras and continued intervention in various forms in other parts of the world.

However, despite the hypocrisy, the U.S. government has occasionally been a voice for human rights, if at least to point out where violations exist. One of the ways the State Department  has pushed foreign countries to respect international norms is by documenting and recognizing concerns for violations in the presentation of the annual State Department Human Rights Reports, which Tillerson significantly decided to snub this year. Its foreign aid continues to be legally conditioned on respect for human rights through the Leahy Law and also loosely linked to the democratic legitimacy of its international partners.

The abandonment of these pillars could have real and long-lasting repercussions in the structure of the State Department and the operation of U.S. foreign policy. It allows relations with abusers like Russia to flourish without limitations as long as there is "prosperity" to be gained, and eliminates the need to censure financial allies like Saudi Arabia.

It could also spell the end to State Department programs like those of the Office of Global Women's Issues, which now lists no upcoming events, or the Bureau of Democracy, Human Rights and Labor. As the Post article notes, after years the www.humanrights.gov website has now been moved to the low-profile URL web address, www.state.gov/j/drl.

So it appears there will be no pretence that the United States actively supports democracy, justice, human rights or peace in the world. This throws the nation back into a neo-realist foreign policy that assumes conflict to be the normal state of humankind and pragmatic self-interest to be the sole guidepost for action. As CEOs fixated on the bottom line and market domination, it's no surprise that Tillerson-- and Trump--naturally buy into this philosophy.

It works for their interests, as a set of dualisms: I Win/You Lose, Good/Bad, In/Out, Friend/Enemy, Victory/Defeat, Might/Weakness that allow insecure people to latch on the supposedly unambiguous demonstrations of superiority.  It embodies a brute male-ness that undermines more traditionally feminine concepts of cooperation, trust and respect, which are considered weak and naive in the framework. It also funnels billions of dollars to private-sector Trump allies in the military-industrial complex and draws new dividing lines between "us" and "them".

What's the possible upside of such a cynical policy in a precarious world?

This term has been an oxymoron since first adopted. Democracy is "rule by the people" with the clear presumption that the people ruling are the people to be ruled. Democracy promotion by a foreign nation is intervention. While a foreign nation may decide to withdraw support or limit its own contact with a government it considers undemocratic, if it attempts to meddle in internal affairs, it is undermining, not promoting democracy.

That's why there was something encouraging in Trump's inauguation speech when he said, “We do not seek to impose our way of life on anyone, but rather to let it shine as an example for everyone to follow."

If they believed it, many foreign nations that have suffered U.S. "democracy promotion" programs-- ranging from interference in their elections to attempted assassination of their leaders-- would have sighed in relief.

Setting aside other criticisms of the new agenda, minimal coherence with the "America First" and foreign policy of self-interest should dictate an immediate cut off of the millions of taxpayer dollars spent on Freedom House, the National Endowment for Democracy, and related institutions. Even their innocuous-sounding programs willfully interfere with grassroots democracy and peace-building and apply highly politicized definitions of democratic action based on U.S. political interests.

Ending these programs once and for all would actually be a huge step forward in fomenting real democracy in the world. And it's a logical step within the framework Tillerson is laying out.

If it doesn't happen, it means the State Department has finally recognized "democracy promotion" for what it has always really been--anti-democratic inteventionism in support of U.S. military and economic interests.

In that case, at least the mask is off.