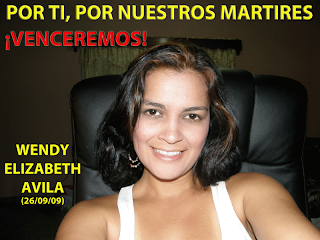 On Sept. 26 the coup regime took abuse of illegitimate power one giant step forward by issuing an Executive Decree to suspend guaranteed rights under Articles 69, 72, 78, 81 and 84 of the Honduran Constitution, with the pretext of "serious disruption of the peace". The decree justifies the suspension of rights citing vandalism and "the quantity of illegal protesters".

Although not announced as such, the decree declares a virtual state of siege in the country through the suspension of civil liberties. The decree is scheduled to be in effect for 45 days from the date of issue.

Freedom of movement for all Hondurans has now been prohibited formally, "according to the parameters established by press releases from the (coup) Presidency that will contain the territory and duration of the curfew". All unauthorized public meetings are also prohibited.

In an ominous move, the coup regime warns that violence has now been "legally" authorized. The decree, sent out in its published form by First Lady Xiomara Zelaya, states that the National Police can use violent means of repression: "The Police can use the force of coactive instruments when the use of nonviolent procedures has been exhausted or failed..." and authorizes the Armed Forces to assist the police in executing the decree. The Army has been involved in the repression since Day One of the coup on June 28 but this "official" statement represents close to an all-out declaration of violent repression against the movement.

The Executive Decree orders the arrest of "any person found breaking the curfew, or in any way presumed suspicious by police or military authorities of causing harm to persons or goods, any who associate to commit crimes or whose life is in danger." It also orders the Armed Forces to "take over any public installation taken over by demonstrators" and calls on all public agencies to use the police and Armed Forces to carry out their activities. It is signed by coup leader Roberto Micheletti and his ersatz cabinet.

As the resistance buries yet another victim of coup repression, Wendy Avila (see photo above), not a single death has been attributed to the nonviolent anti-coup forces.

Shut Down of Critical Media

Under Article 3 of the Decree, CONATEL, the state communications agency "through the use of the National Police and Armed Forces, is authorized to suspend any radio, television or cable system that does not conform its programming to the present dispositions", which are defined by the coup as "offending human dignity or government functionaries, disobeying the law or government resolutions or any attempt against the peace or public order."

The ninth justification for suspension of basic rights in the decree states: "Some spoken and televised social communications media are using their authorized frequencies to generate hate and violence against the state (read: coup regime), disturbing national tranquility, calling for popular insurrection and psychologically damaging listeners."

Radio Globo and Channel 36 have already been closed down. Radio Globo provided Hondurans with real news of the repression and resistance in Tegucigalpa and throughout the nation. Its on-site reports carried beyond the borders of the country through its Internet site. During the times when foreign services like ours did not have analysts in Honduras, we blogged critical events directly from the interviews and chronicles coming off Radio Globo, such as this report from the border on July 25. The Americas Program will continue to maintain direct contact with resistance leaders such as Bertha Caceres, Bertha Oliva, Rafael Alegria, Feminists in Resistance and Juan Barahona but will miss the up-to-date information provided by Radio Globo. Our reporter on-the-ground, Dick Emanuelsson, has returned to Tegucigalpa and will be filing exclusive stories from there with immediate translations from our round-the-clock team of volunteer translators. Information in Spanish can still be obtained from Radio Progreso here.

Although Internet communication and reporting from some on-site media remains possible, this latest attack on freedom of expression cannot be allowed by the international community. Cutting off information in the information age is a direct attack on the truth and the right of Hondurans and all people to information. To give an idea of the biased reporting in the mainstream English press, the New York Times article linked below omits any mention whatsoever of the decree and Reuters includes only this brief note.

Faced with its own plummeting position, the coup regime has hired another PR firm in Washington to whitewash image in Congress. The Hill reports that Chlopak, Leonard, Schechter & Associates negotiated a four-month contract, worth over $290,000, with the Honduran coup regime that was filed with the Justice Department on Sept. 18 to “advance the level of communication, awareness and media/policy maker attention about the political situation in Honduras.” The PR efforts are reportedly aimed at Capitol Hill aides, opinion leaders and media outlets.

This is the first time reported that the de facto regime contracted directly, that is to say, with Honduran public funds it should not even have access to were it not for its illegal takeover. It remains to be seen to what degree the media can be bought and Congress influenced by high-paid lobbyists. The Washington Post recently published an op-ed by Micheletti in which it actually signed the coup leader "President of Honduras"—a title not recognized by any nation in the world and a new low for U.S. journalism. Honduran businessmen have previously contracted with Washington PR firms including Orrick, Herrington and Sutcliffe, Vision America and former Clinton aid Lanny Davis to justify the coup in U.S. media. Using the revolving door strategy of selling politics, several of the new coup lobbyists are reported to have inside contacts, including Mike Buttry, former chief of staff to former Sen. Chuck Hagel and Sharon Castillo, a spokeswoman for Pres. George W. Bush´s 2004 reelection campaign.

Note the wording in this decree. As a political analyst by training and profession, I'm not fond of hyperbole or glib classifications. But no thinking person can fail to see the bald elements of a classic dictatorship in these lines. For the Honduran coup regime, media not controlled by coup leaders "psychologically damages" Honduran citizens and must be shut down immediately. This is the opposite of democracy and true citizenship, which cannot be exercised even minimally in the absence of freedom of expression.

As part of the dictatorial crackdown, the de facto government also expelled four members of a delegation from the Organization of the American States, although they had previously been invited. The OAS permanent council will meet today to discuss the situation. The coup has refused to allow Argentina, Spain, Mexico and Venezuela to return their Embassy personnel to the country. With no OAS or other country diplomats allowed in the country, this leaves a questionable situation in which the U.S. government is practically the sole operating interlocutor within the country. The Obama administration did not withdraw its Ambassador following the illegal takeover of the government, despite repeated demands from U.S.-based organizations, including this one.

Micheletti issued a ten-day ultimatum to Brazil to "define the situation of Zelaya", citing its own "infinite patience". President Zelaya his family and supporters, as well as foreign Embassy personal are still housed in the Embassy. Brazilian President Lula de Silva responded promptly and firmly, stating “Brazil will not comply with an ultimatum from a government of coup-mongers,” he said. Brazil, in the powerful figures of Lula and Foreign Secretary Celso Amorim, has taken a leadership role in demanding that the coup step down and restore constitutional order in the country.

Anti-coup forces have responded to the decree by taking precautions but keeping up resistance. People are leaving the military-occupied neighborhoods in smaller groups and seek refuge from repression. The National Front Against the Coup plans a mega-march today, despite the crackdown.

At a meeting yesterday that paid homage to the most recent coup murder of Wendy Avila and discussed strategy following the draconian Executive Decree, resistance leaders urged the movement to mobilize.

Juan Barahona said, "Tomorrow (Monday) we will gather outside the University, everyone to the streets with or without the curfew, we must challenge this dictatorship that confronts us to stay home. Sept. 28 marks three months of resistance in the streets... this is our month to defeat the coup." He noted that under the curfew groups should arrive in small numbers to receive further instructions in a highly disciplined manner.

Israel Salinas emphasized the demand is for a constitutional assembly and that the movement is nationwide: "Our spirits are high, we cannot lose our optimism, we mustn't let anything stop us. We must paralyze the country from Tegucigalpa, San Pedro Sula, La Ceiba, El Progreso, Teja, Tocoa, etc... Without Mel, no to elections; a return to constitutionality; a Constitutional Assembly and a new constitution."

Bertha Cáceres of COPINH also addressed the meeting. "In the name of the indigenous peoples, the brave Garifunas in resistance and the women, we stand in solidarity with Wendy´s husband and family" and affirmed "these crimes will not be left in impunity."

In response to the decree, President Zelaya called for anti-coup forces to march today as a "final offensive" against the falling coup regime.

UPDATES:
1. Another truly regrettable declaration from the Obama adminstration. The BBC reports that U.S. ambassador to the OAS, Lewis Amselm, made the following statement at the emergency session today: "The return of Zelaya [without] an agreement is irresponsible and foolish. He should cease and desist from making wild allegations and from acting as though he were starring in an old movie."

Amselm added, "Having chosen, with outside help, to return on his own terms, President Zelaya and those who have facilitated his return, bear particular responsibility for the actions of his supporters."

Imagine a third world leader acting "on his own terms"! And still not a word denouncing human rights violations. We seriously wonder where the new U.S. foreign policy is and why it seems to have no spokespersons in this administration.

Posted by Laura Carlsen at 8:36 AM